Do you remember the story about the special sort of boat called a narrow boat?

Well we have some OTHER friends with a narrow boat too.    They have two dogs called Muttley and Baxter and a cat called Daisy.

Muttley and Baxter are quite big, much bigger than Sammy but not fat, even though Baxter likes to eat fig tarts when no one is looking.  They have funny curly fluffy tails that are really hard to draw, and like to have cuddles because they think they are much smaller than they are.

Daisy likes to go in and out through the window. 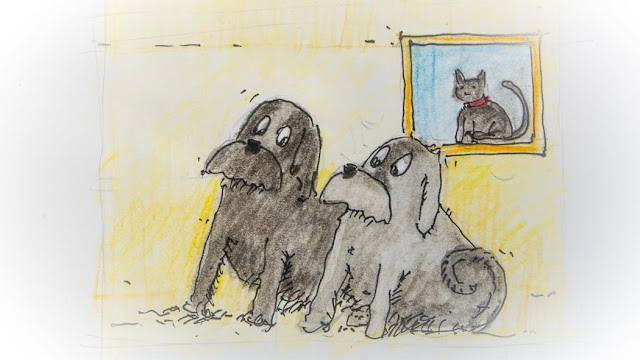 One night, our friends Graham and Jill decided to have a party.  ON A NARROWBOAT!

Can you imagine how  squeezy it was having a party with eight people, two dogs, two guitars, a cat and a pot plant?

Can you see what didn’t quite fit inside? That’s right!  With so many people on the boat there wasn’t enough room for the two guitars, so part of the guitar (and some of the music too) had to go outside!

Can you imagine what would happen if everyone wanted to dance? 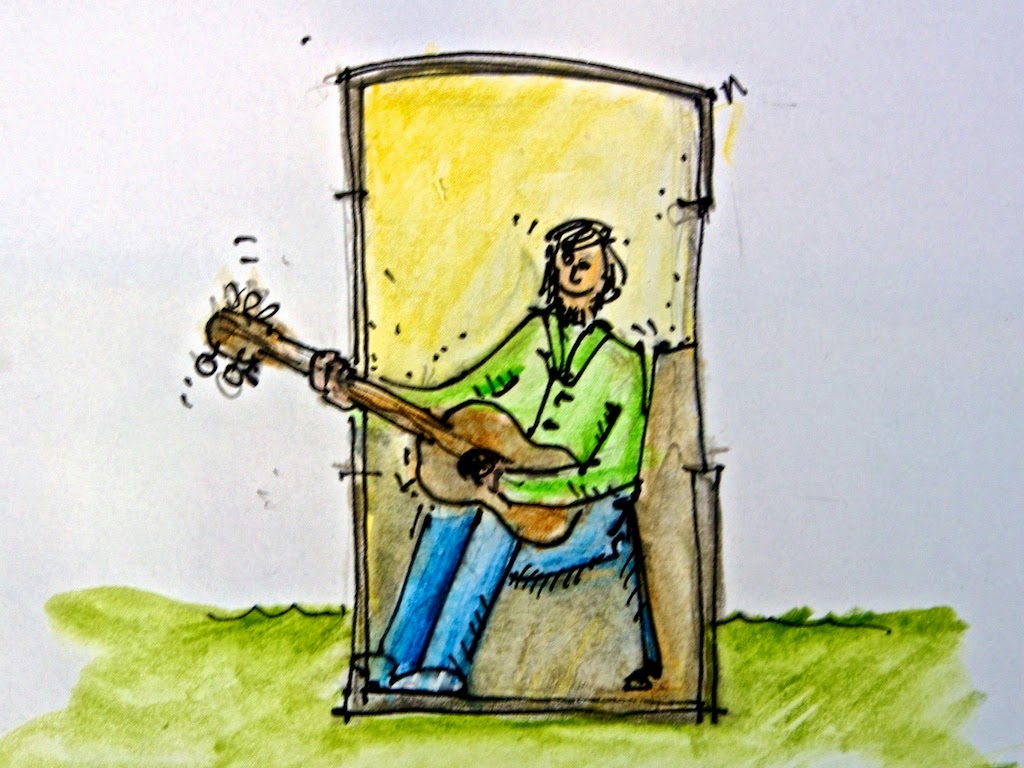 Papa thinks that’s how line dancing was invented.  Every time we see people dancing in a line now, we will think of that party with Muttley and Baxter! 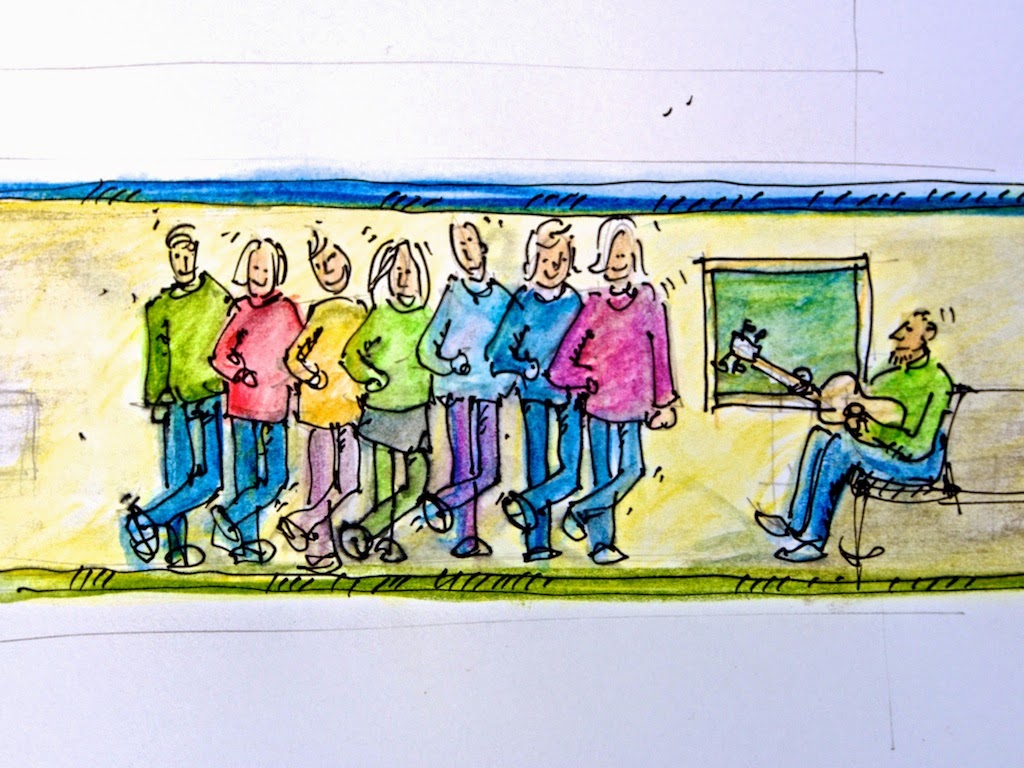 Give everyone a big hug for us!

Jojo and Papa
Posted by bitingmidge at 01:45